Given the worldwide trend to reduce the use of antibiotics and the increasingly global nature of our markets, both emerging and existing disease challenges pose a great threat to productivity and profitability. Successful disease management must encompass both traditional control and treatment, as well as a proactive, preventative mindset.

Brazil is a major agricultural producer and has much of its territory in the tropical region, harboring greater environmental diversity compared to other parts of the world. Studies have pointed to the Amazon region as a possible future "hot spot" where emerging disease agents can arise. Factors for emerging diseases are not well understood, but some of them include the expansion of the human population, climate change, globalization and the intensification of animal production. Added to this context, the finding that 75% of emerging human diseases (or reemerging) of the last century are zoonotic. Beyond the fatalities (human and animal), zoonosis affects the economy of countries. It is estimated that the impact of animal diseases exceeds 20% of the losses in animal production worldwide.

In the last 20 years, several disease-causing pathogens have emerged or re-emerged in pigs in Brazil. Among them are porcine circovirus (PCV2, PCV3), influenza A, hepatitis E virus and Senecavirus A. Peri-weaning failure to thrive syndrome (PFTS) has been diagnosed as well. However, the overall sanitary condition is good. Brazil is free of foot-and-mouth disease due to vaccination (the state of Santa Catarina is free without vaccination), free of Classical Swine Fever (PSC – in 15 states) and free of African Swine Fever. Diseases such as Triquinellosis, Nipah virus encephalomyelitis, porcine reproductive and respiratory syndromes (PRRS), swine epidemic diarrhea (PEDV) and transmissible gastroenteritis (TGE) have never been diagnosed in the Brazilian porcine herd.

The objective of this presentation is to discuss the main factors for the emergence of swine diseases, addressing future threats and the strategic importance of Brazilian research, disease control and surveillance. 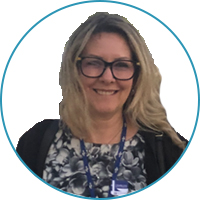 Janice Reis Ciacci Zanella is a veterinarian who graduated from the Veterinary School of the Federal University of Minas Gerais, with a Masters and Ph.D. in Molecular Virology from the University of Nebraska, U.S.A. She is a researcher at EMBRAPA (Brazilian Agricultural Research Corporation) in the area of Animal Virology and is currently Chief General. She is an international coordinator of Embrapa Swine and Poultry and a member of the Board of Managers of Embrapa. Janice participates in the Technical Committee for Swine Health Programs at the Brazilian Agriculture Ministry and in the State Committee for Swine Health in Santa Catarina State. She also participates in three AdHocs committees of the OIE (International Animal Health Organization): Classical Swine Fever, African Swine Fever and Swine Influenza, as representative of Brazil. From 2008 to 2010, she was a visiting researcher at the USDA laboratory in Ames, Iowa, U.S.A. She also represents Brazil in a project to coordinate global swine influenza surveillance (OFFLU) with OIE-WHO-FAO.