A commonly accepted practice in the livestock and poultry industry is to acidify drinking water to reduce the pathogenic bacterial load and prevent the development of biofilm. A target pH level is often used to quantify the purification of the acidifying product; however, this can be misleading – especially depending on where in the water line the pH is taken.

Not all water acidification programs are the same. Citric acid, for example, is triprotic, meaning that it can lose 3 protons or hydrogen ions. As it loses each proton/hydrogen ion, it becomes less effective in the water against pathogens.

Alternatively, KEM SAN® is a buffered product that consistently reduces the pH to 4.7 and does not lose its effectiveness against pathogens. Bactericidal characteristics of a water acidifier, however, cannot be judged solely on the ability to lower the pH (i.e. acidify) of the water. The bactericidal activity of a given acidifier may vary widely depending upon the organism tested. KEM SAN demonstrates superior bactericidal activity against Salmonella, Escherichia coli, Pasteurella, Streptococcus, Clostridium and other pathogenic organisms when compared to citric acid.

A Look at the Research

In one study, the bactericidal activity of KEM SAN and citric acid were determined at various concentrations. Citric acid was mixed into a stock solution containing 410 g of citric acid in one gallon of water, which was then added to the drinking water. Concentrations of both acidifier products were set at 0, 0.25, 0.5, 1.0 and 2.0 oz/gal of water. The resulting pH of the water was then measured and recorded.

The pH of all untreated water was 6.9, while the pH of all treated water was significantly lower. It is interesting to note that the water pH following addition of citric acid declined with increasing treatment concentrations; whereas the pH of the water treated with KEM SAN liquid antimicrobial dropped to 4.5 and did not go lower as the concentration increased. This intended response is advantageous for bactericidal kill power, handling characteristics and equipment life. 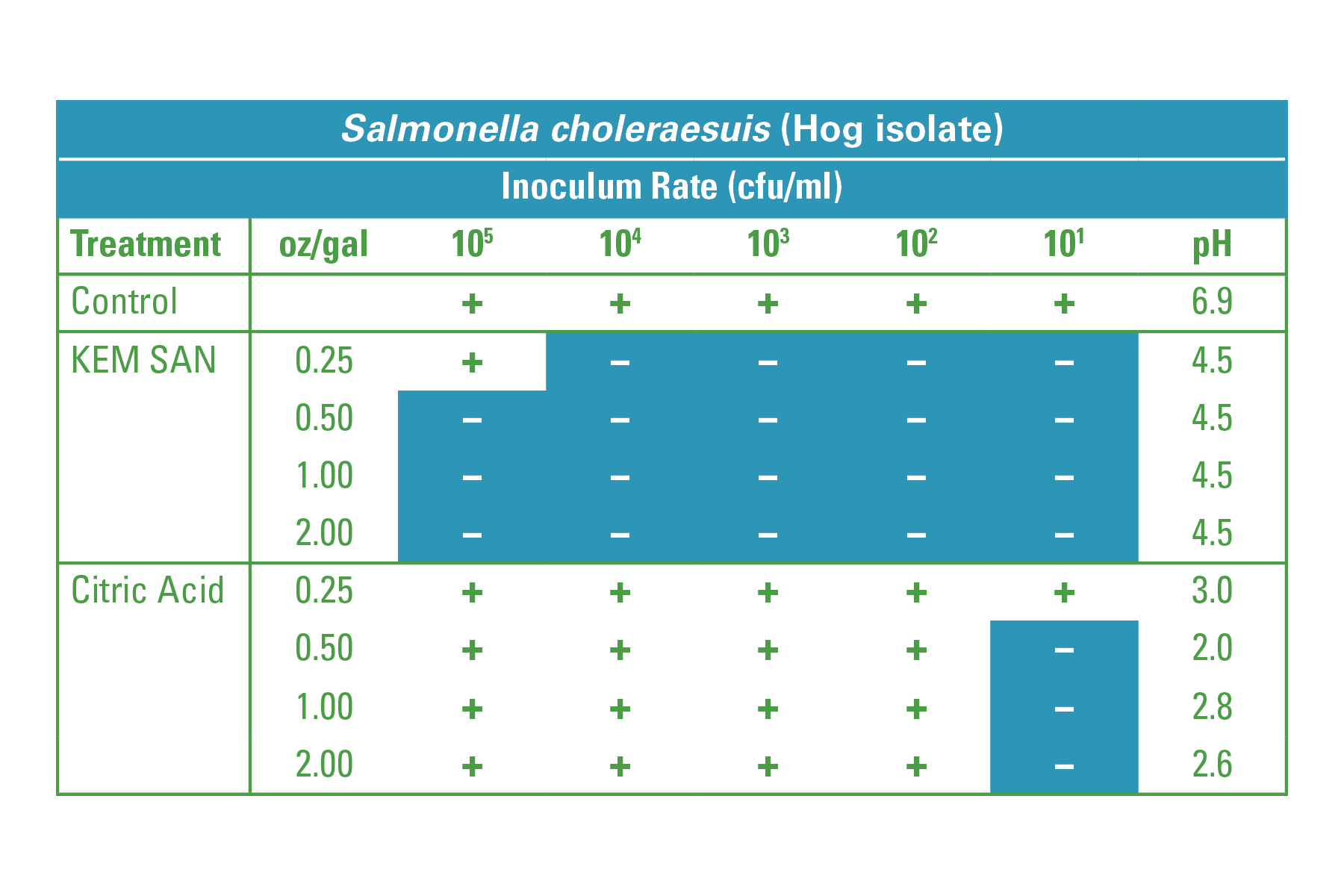 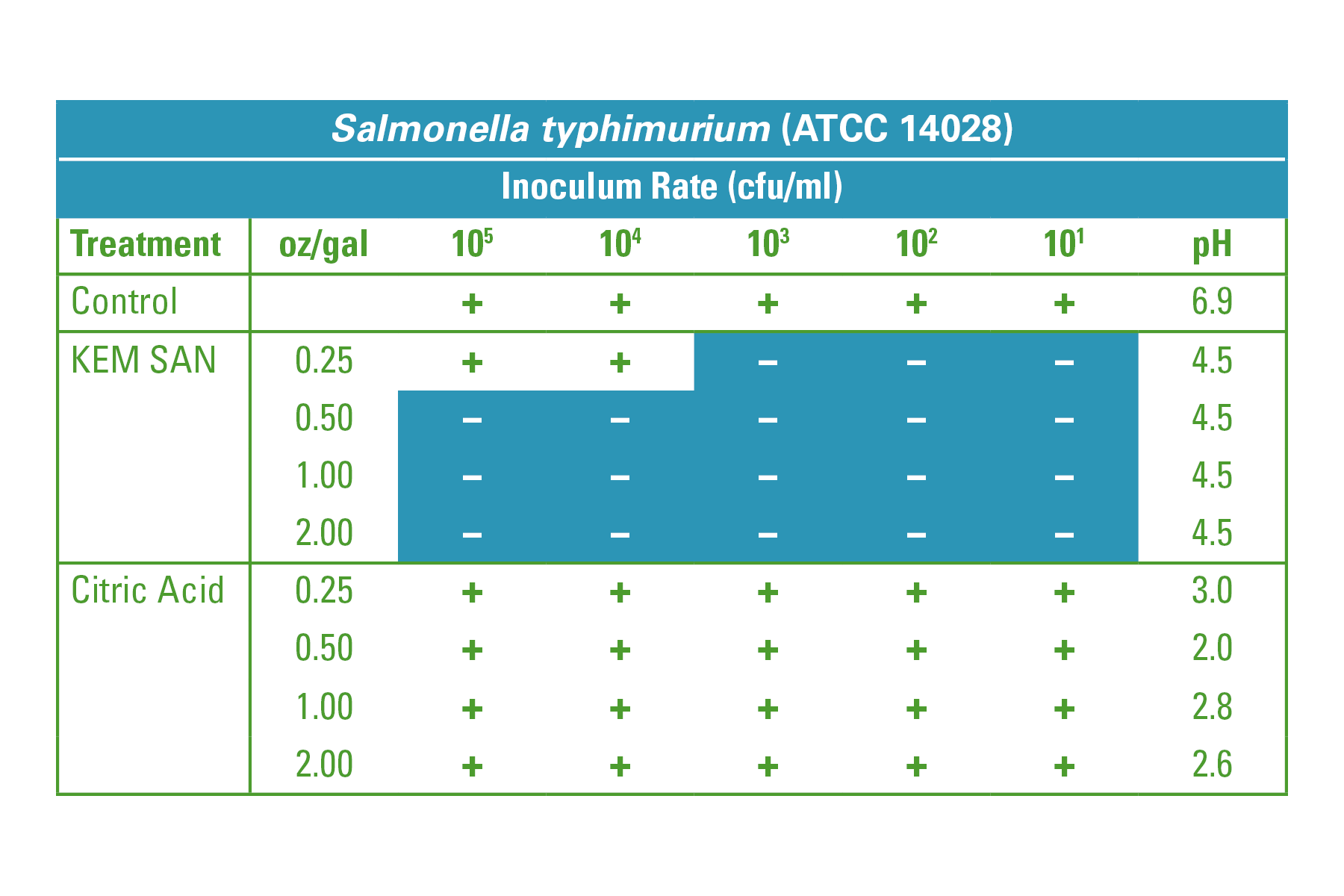 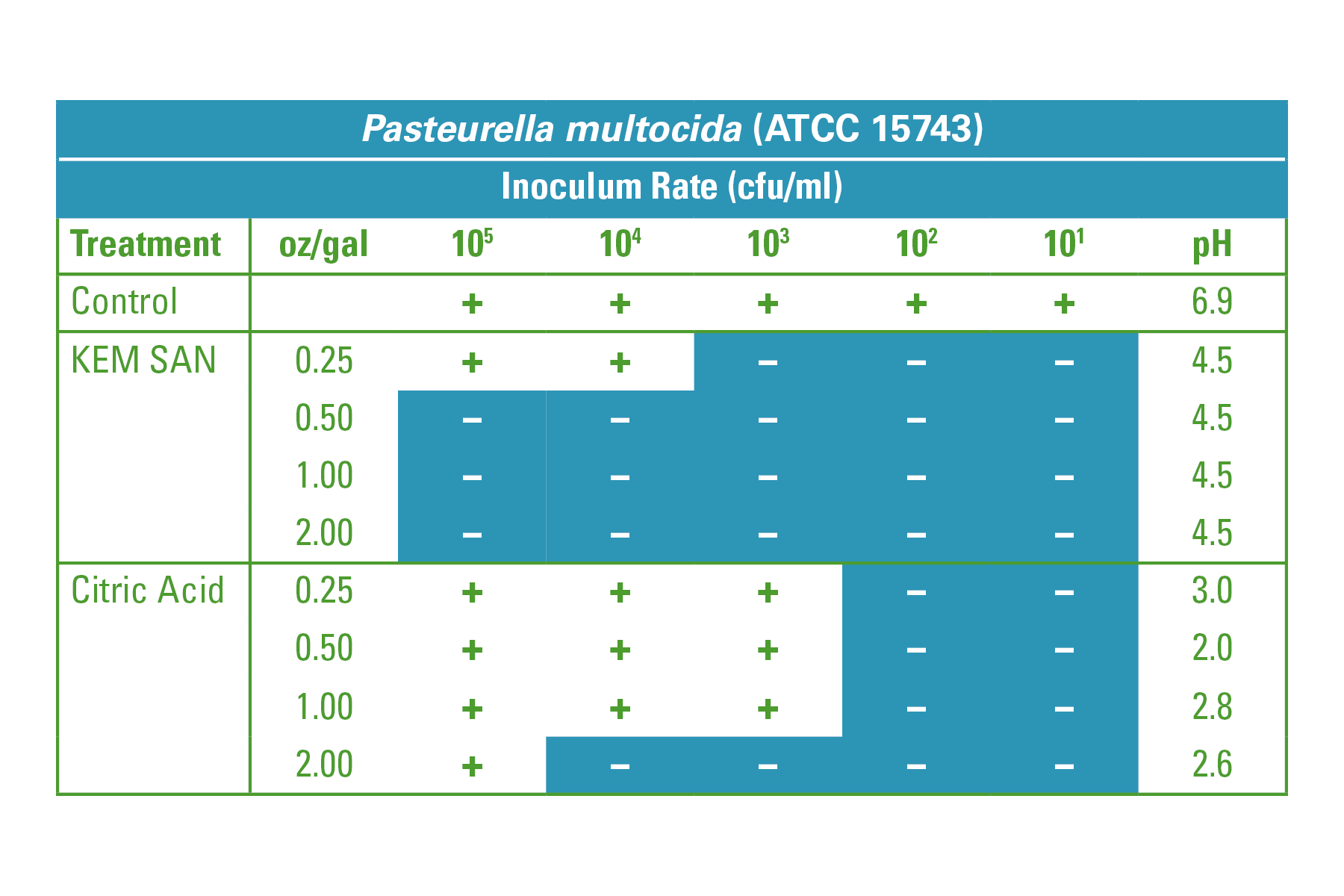 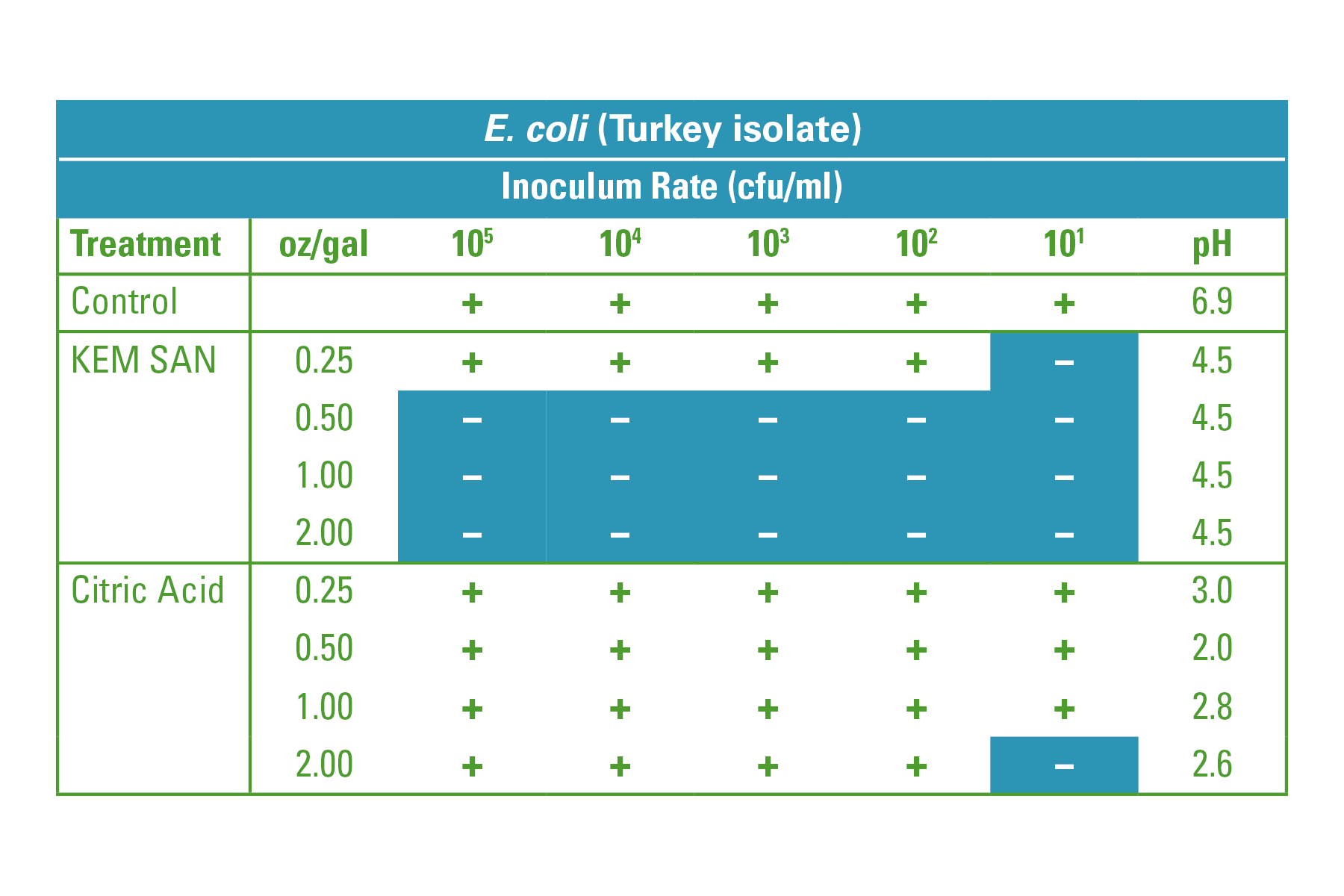 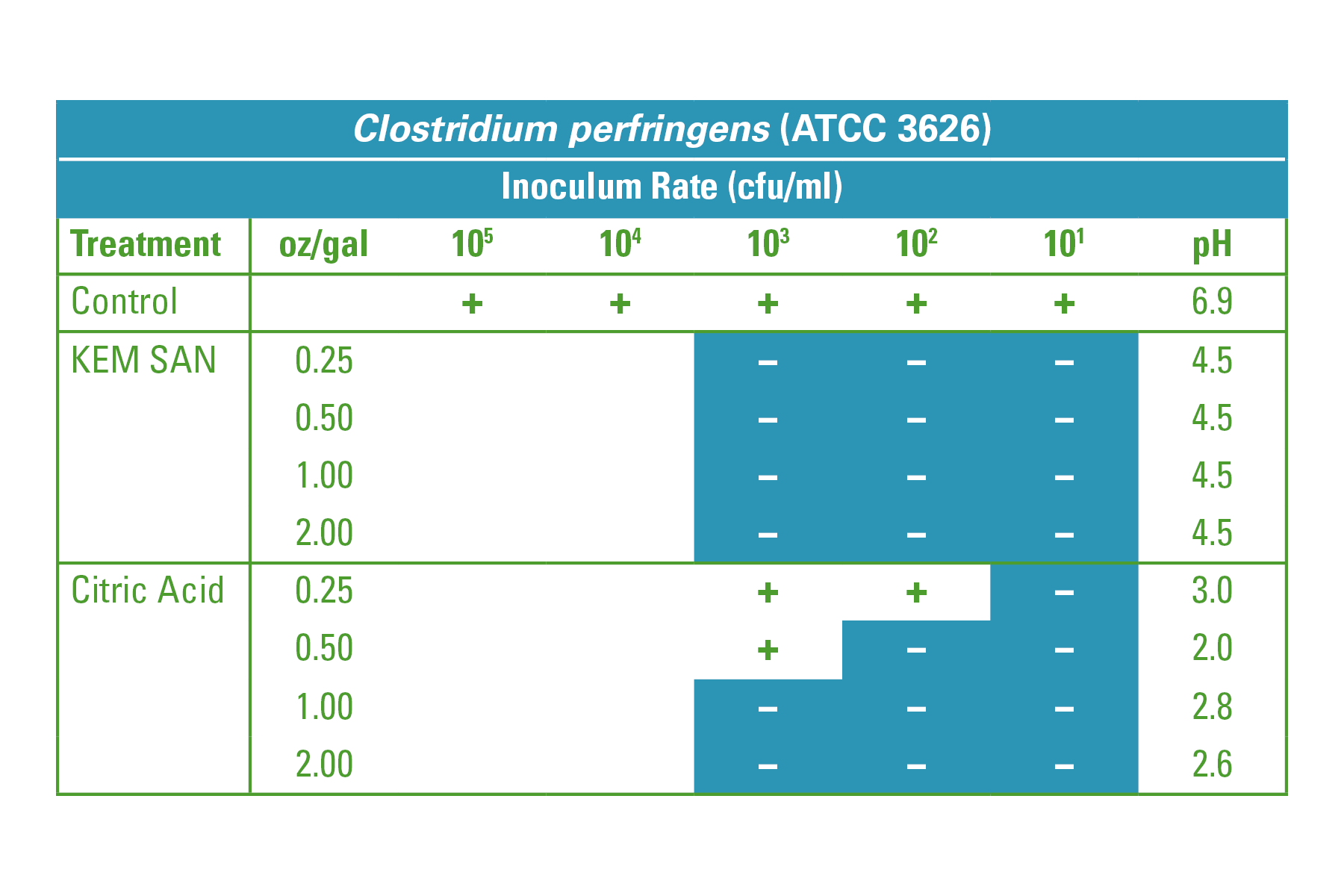 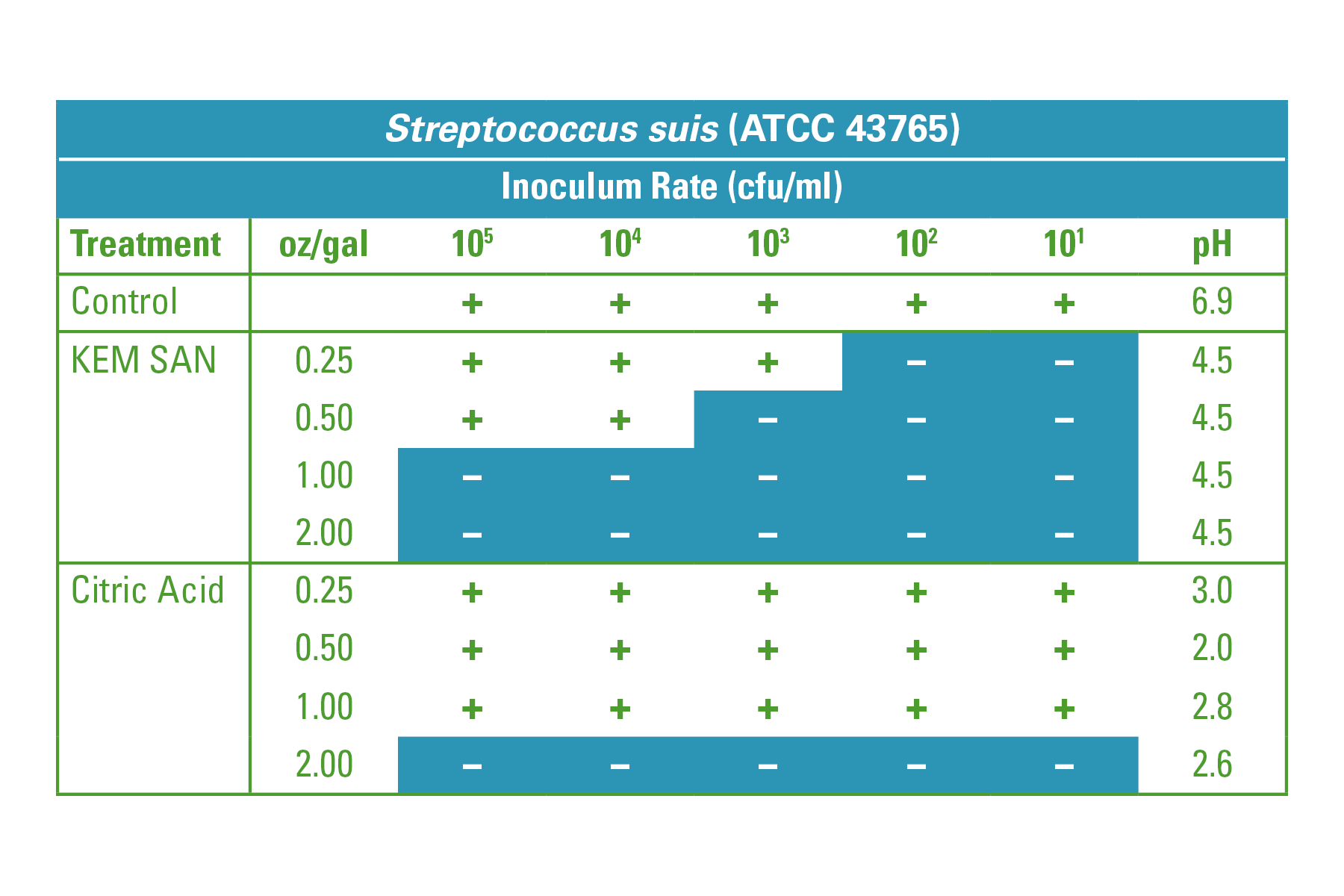 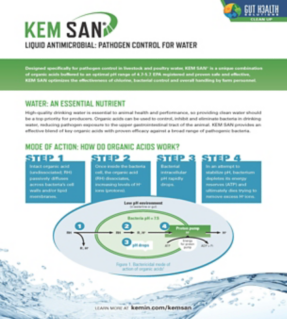 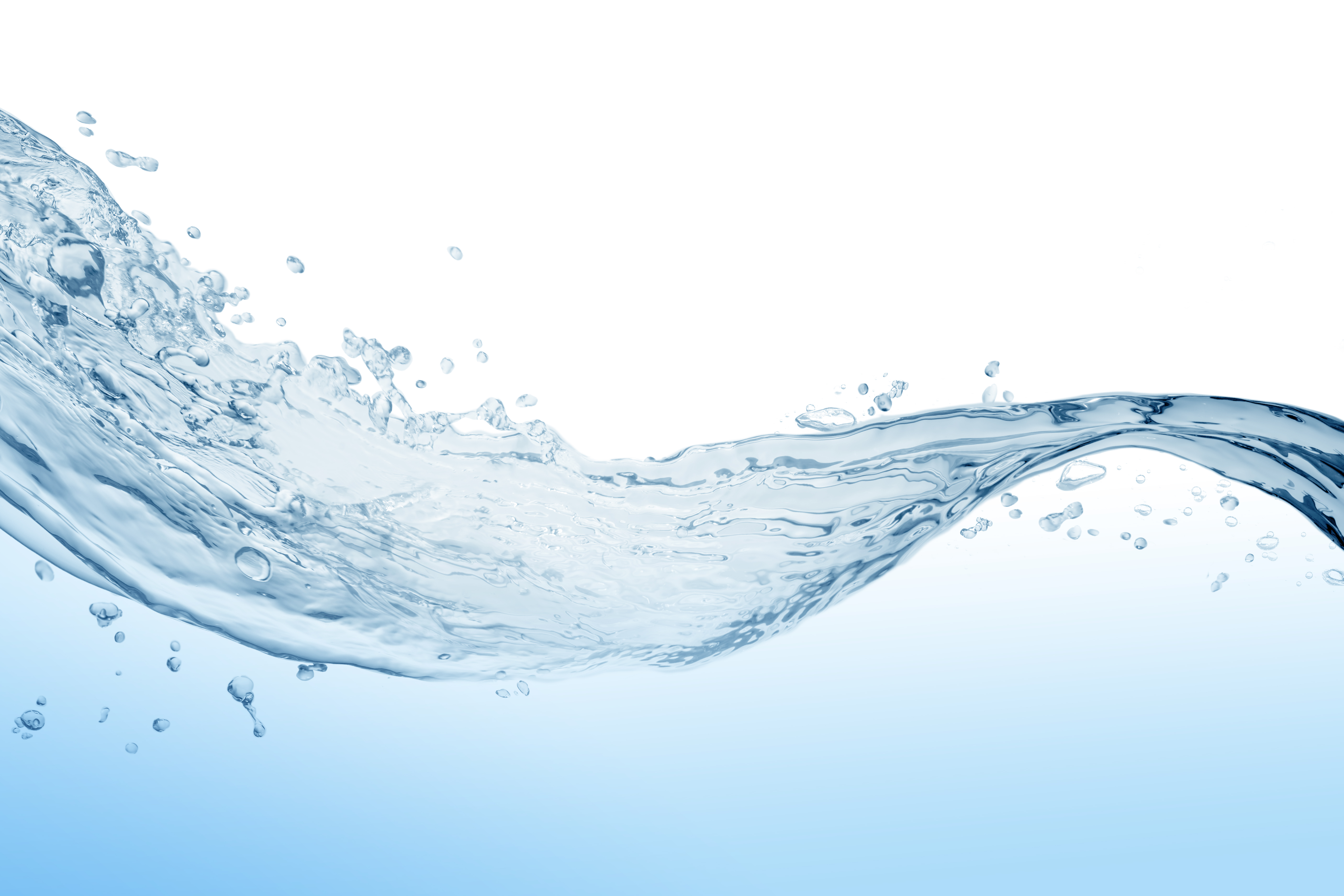 When it comes to the performance of a production herd or flock, the source, quantity, quality and composition of water can have a major impact on how animals perform. Not only should water be available in sufficient quantities, but it should have the right balance in pH and minerals and other components in order to maximize digestive function, gut health and overall animal performance.