Lysine is the second limiting amino acid for ruminant animals in India. Lysine is also very critical for milk production in cattle and buffalo as this is required for synthesis of L-Carnitine. L-Carnitine is a carrier for fatty acids inside the mitochondria of hepatocytes (liver cells). In fat metabolism and generating energy for milk production, the carnitine plays a very important role.

In the Indian cattle feed industry, protein sources are mainly derived from plant sources such as soybean meal, cotton seed cake  and  mustard cake. Unfortunately, these plant sources are deficient in lysine in comparison to the requirement of the dairy animal. Lysine is one of the limiting amino acids for dairy animals in India. Feed protein is being divided into two categories RDP (Rumen Degradable Protein) and RUP (Rumen Undegradable Protein). RDP is being utilized by the ruminal microflora for microbial protein synthesis which is an ideal protein for the animal considering the lysine content. Balancing of the rumen undegradable part of the feed protein (i.e. RUP) with respect to the lysine gives profitable results in terms of milk yield and milk protein to the dairy farmer. Lysine also  have   protein  sparing effect, which makes it possible to get the most benefits without increasing protein level (nitrogen level) and thus it gives space for energy in feed formulation. 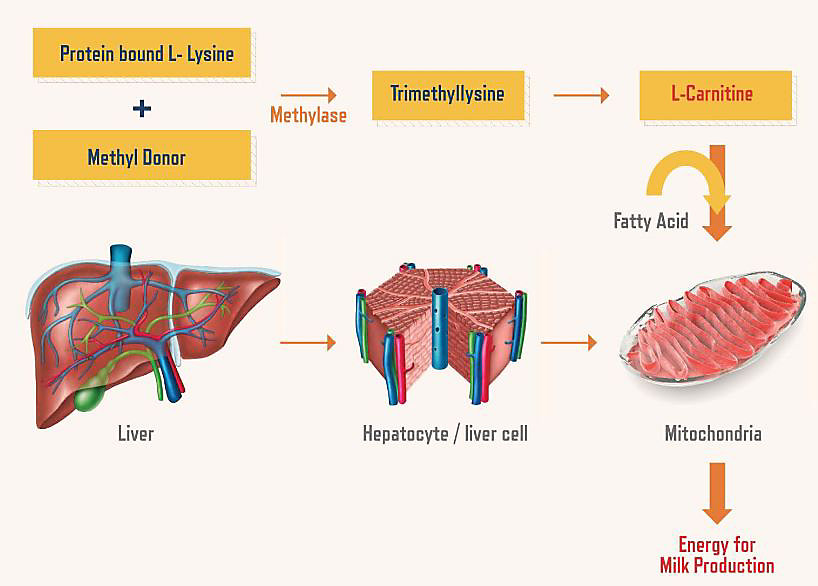 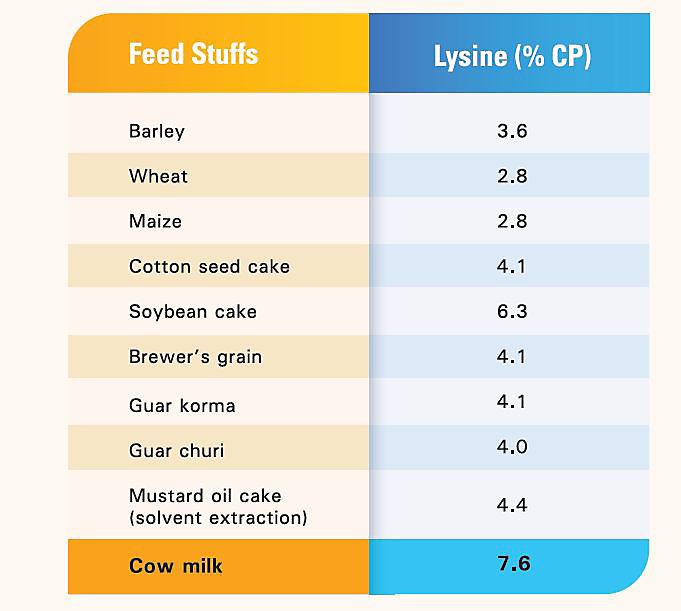 Unprotected lysine gets degraded by the ruminal microflora. So the ruminants require protected form of lysine.

Kemin had come up with LysiGEM™ with GEM Technology to deliver rumen-protected lysine. With the help of LysiGEMTM, the cattle feed can be balanced for lysine and can get more benefit in terms of milk quality and quantity. LysiGEMTM contains 67% rumen-protected lysine monohydrochloride with maximum rumen bypass value.