Kemin is among the first to use blended acids for feed preservation. For the past few decades, Kemin’s R&D team optimized the Myco CURB™ formulations and the resulting formulations are still the industry standard for mold control in feed. Numerous studies were conducted over the years, to demonstrate that Myco CURB™ is highly effective to retard mold growth and yet is safe for handling.

A carbon dioxide (CO2) test was done to evaluate the efficacy of Myco CURB™ Extend Liquid towards inhibiting mold growth. The growth rate of mold in a sample was measured based on the amount of carbon dioxide released in a closed system. 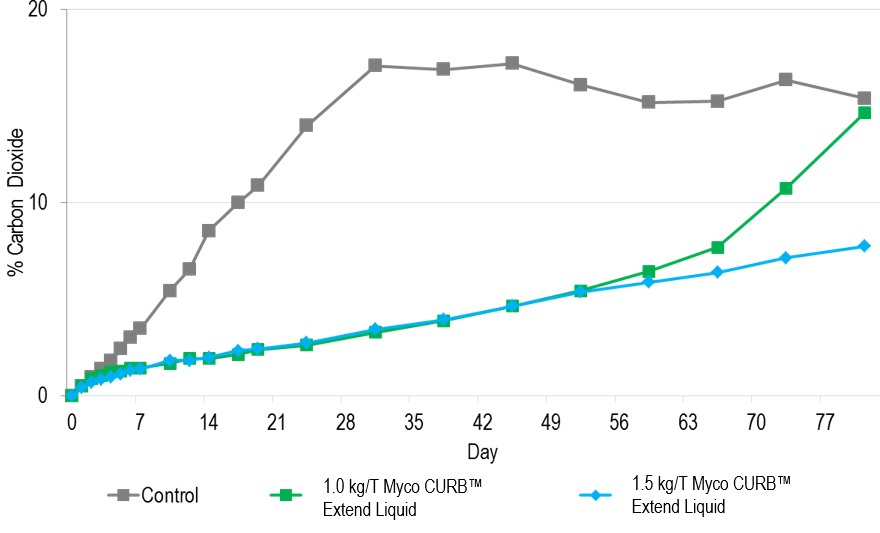 A challenged commercial trial was carried out to study the efficacy of Myco CURB™ Aw Liquid in preserving the pellet feed with the addition of 2% moisture for two months storage. Table 1 shows that Myco CURB™ Aw Liquid worked effectively in inhibiting mold growth in the feed despite higher feed moisture.

Have a question about Myco CURB™?