The objective of this research was to test whether paramylon is readily phagocytosed by immune cells such as macrophages and dendritic cells (DCs). Our results showed that paramylon granules are readily phagocytosed by macrophage and dendritic cells. In addition, these activated cells then release beta glucan fragments to modulate immune responses. 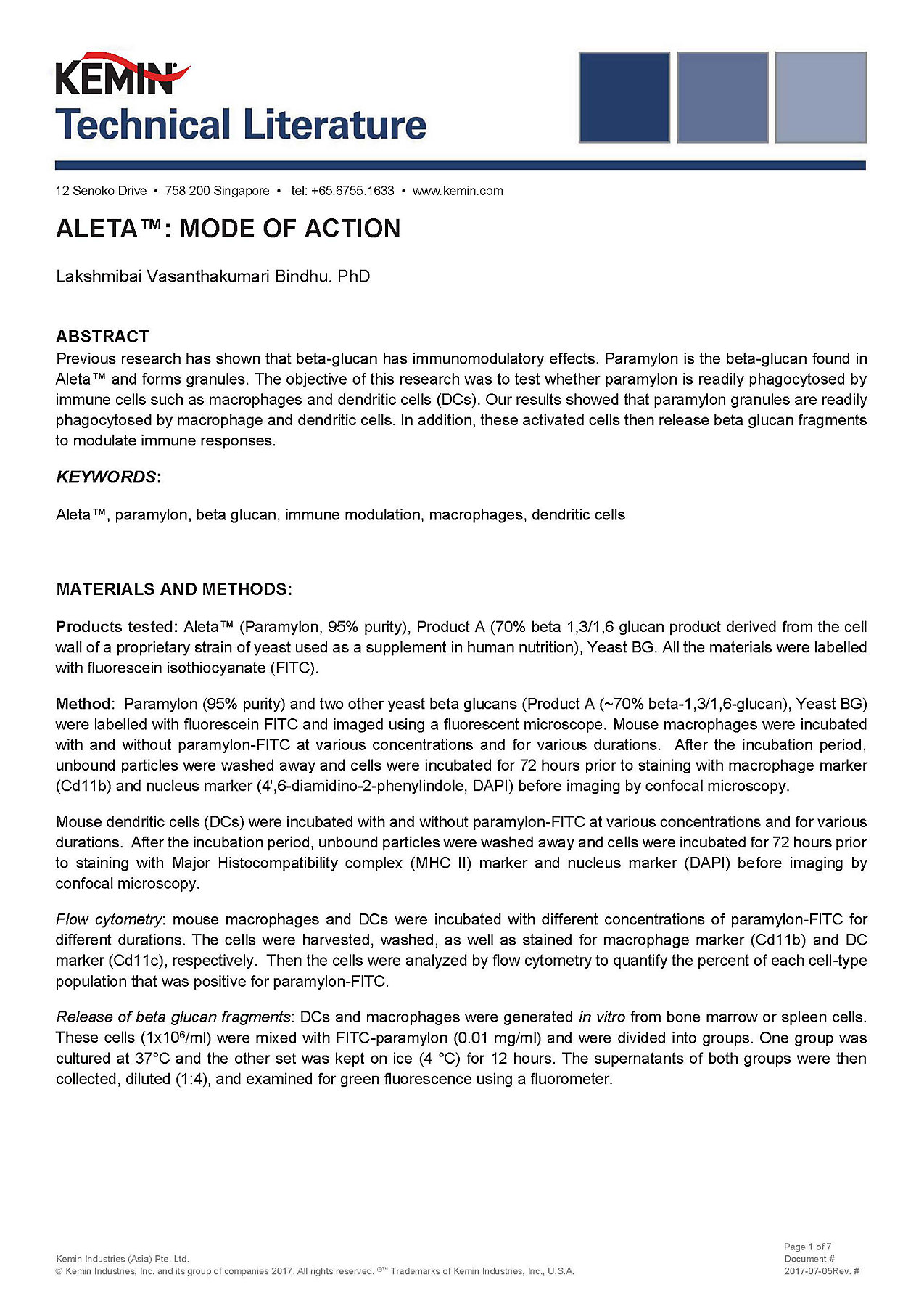 Effects of Aleta™ in Promoting the Growth of Probiotic Bacteria: In Vitro Study

It is well known that beta-glucan is not digestible by animals but can be used by probiotic bacteria in the colon. Dietary supplementation of Beta-glucan can result in the release of beneficial metabolites, such as short chain fatty acids, lower gut pH, and increase the population of probiotic bacteria such as Lactobacillus and Bifidobacteria. The goal of this study was to evaluate the in vitro growth of mixtures of Lactobacillus and Bifidobacteria using dried algae (Aleta™) as the substrate in comparison with dextrose found in common media preparations. 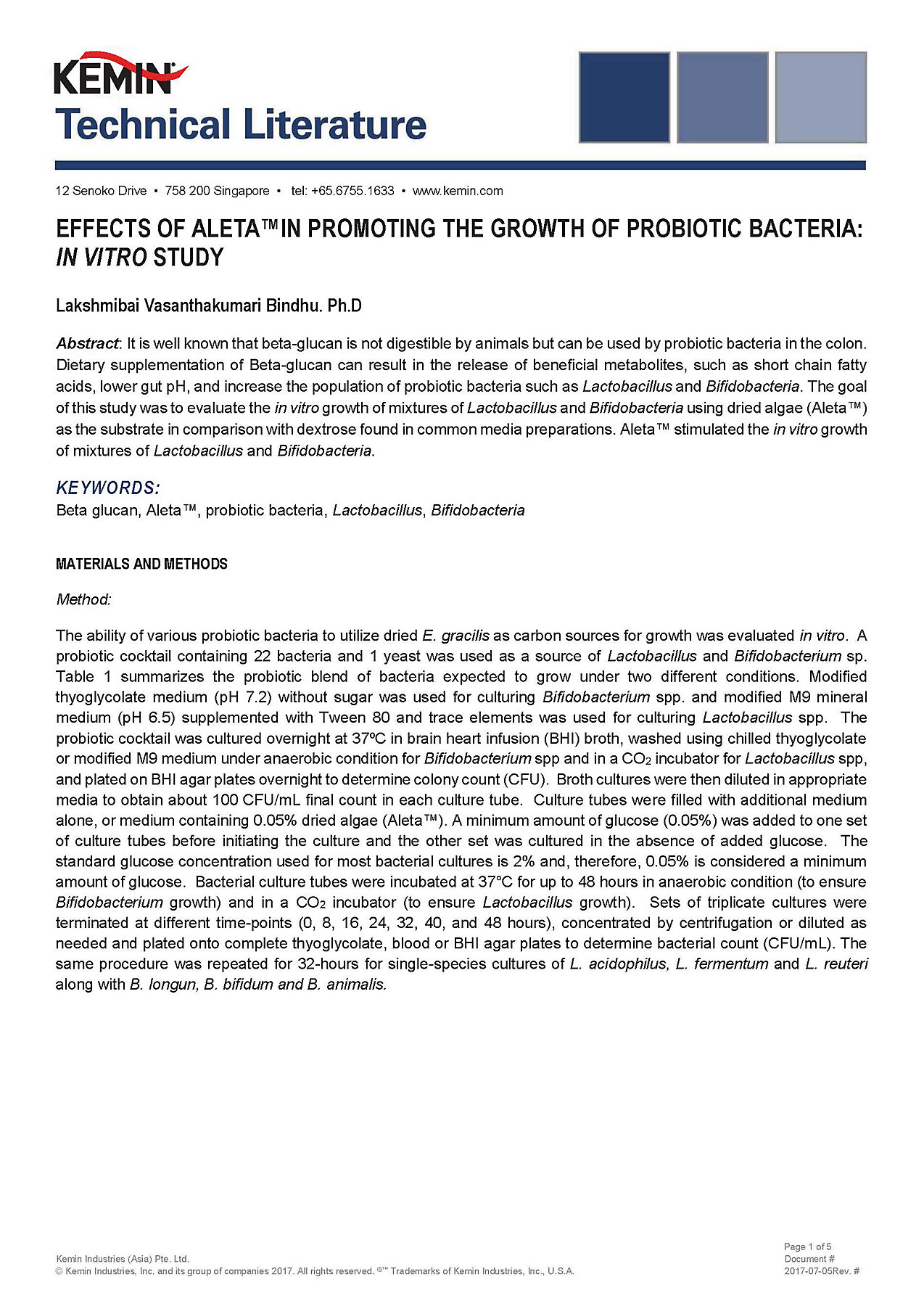 Have a question about Aleta™?