In order to increase the digestibility of proteins in livestock feed, the use of exogenous proteases in feed is gaining importance. Proteases are naturally produced and present in the gastrointestinal tract of animals but several studies on crude protein and amino acid digestibility have revealed that up to 20% of crude protein / amino acids are excreted without being completely digested. This portion of undigested protein represents an opportunity for supplementation of exogenous proteases in animal feeds to improve protein digestibility.

KEMZYME® Protease, a novel coated multi-protease from Kemin (U.S. Patent 12/100,085), is a blend of thermostable acid, alkaline and neutral proteases, which improves the protein digestion at the various pH levels of the gastrointestinal tract (GIT), thus improving protein and amino acid digestibility. It is engineered to release proteases at different sites of the intestine thereby enabling protein digestion with extended action in the GIT. 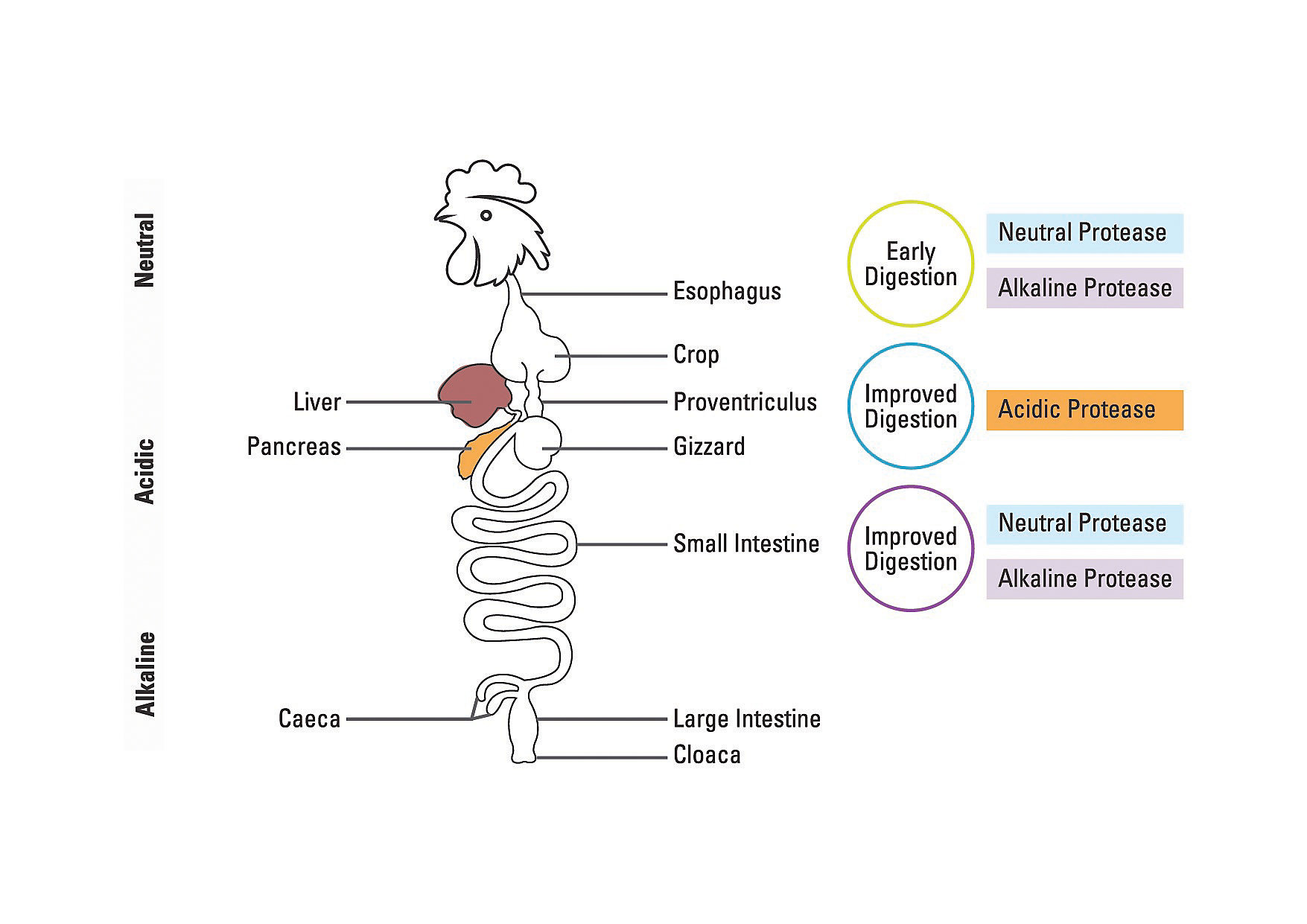