Kemin is more than an ingredient supplier; we are a global company transforming the quality of life.

Kemin is the science inside countless products you interact with every day. We create solutions that help strengthen your health and wellbeing. We provide nutrition and immune support for your pets and production animals. We safeguard the planet’s natural resources and are dedicated to reducing our environmental impact—and we believe in protecting the global food supply chain for generations to come.

At Kemin, we are always looking toward tomorrow. Human imagination, scientific innovation and a constant curiosity help shape our company and how we serve our customers now and in the future.

We look beyond what is to see what could be.

The world has transformed since R.W. and Mary Nelson founded Kemin in 1961, but our dedication and discipline in scientific research remain constant, as does our energy and enthusiasm for discovering new ways to make life better. Every day, we question how we can channel our expertise and experience into new opportunities to improve the quality of life around the world.

Our science, spirit of innovation, and servant leadership have driven us to make things better for people, pets, animals, plants and the planet.

Kemin puts the future in focus through transformative innovations and sustainable practices to improve life today and tomorrow, primarily through our work in these markets: 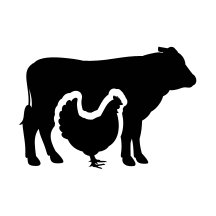 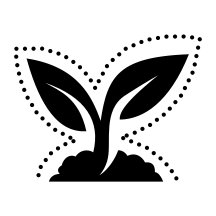 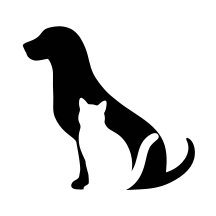 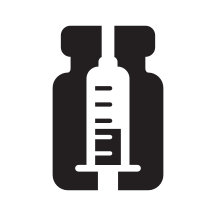 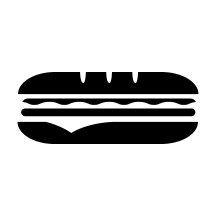 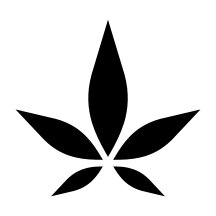 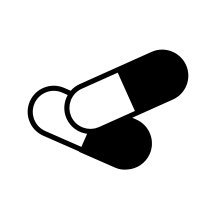 Vision: We strive to sustainably transform the quality of life every day for 80 percent of the world with our products and services.

From our humble start developing agricultural products for Midwestern U.S. farmers in 1961 to now serving customers in 120 countries, our vision has expanded to match the reach and scale of our global work. Today, our vision and mission reflect the bold and forward-thinking approach that defines our organization.

Kemin Mission: Kemin is a global manufacturer providing local, innovative nutritional and health solutions for a changing world. Kemin will act in partnership with our customers to fulfill their needs and expectations while achieving mutually profitable results. Kemin will achieve our mission by placing the needs of our customers first, creating technology at the molecular level and fostering continuous improvements in our people, processes and products.

Our commitment to making things better for people, pets, animals, plants and the planet has driven us to new innovations and advancements in science. As we expand into new areas, Kemin remains loyal to what led us here: our commitment to science, our spirit of innovation and our belief in serving others.

R.W. and Mary Nelson were a young couple who had just welcomed their fifth child when R.W. tapped into his entrepreneurial spirit to launch a new company focused on bringing innovation to the agricultural industry. As R.W. began mixing ingredients for animal feed in a Maytag® washer at his father’s sheep barn, Mary set up shop in the family home, where she tended the administrative side of the operation.

Although the timing of this endeavor may seem overwhelming to most, it fulfilled R.W. and Mary’s shared passion for serving others. Both wanted to make a difference in the world and make life better for others. Now, more than six decades later, the Nelsons have impacted billions of people around the world and launched a company that continues to transform lives. 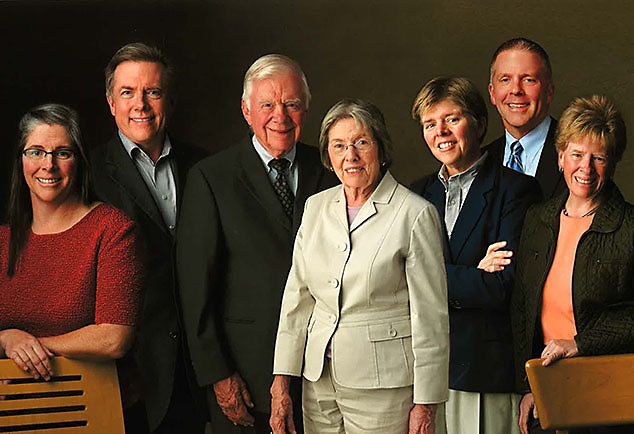 R.W. Nelson serves as Chairman of the Board. Even after stepping down as CEO, he has played an integral role in steering the company’s vision and its continued success, leading in-depth sales training with team members around the globe.

Mary Nelson serves as Corporate Vice President and Chair of the Kemin Charitable Contributions Committee. Her leadership has guided the company’s corporate philanthropic giving and culture of servant leadership.

Today, R.W. and Mary Nelsons’ eldest son, Christopher E. Nelson, Ph.D., continues to advance the founders’ vision as President and CEO of Kemin. Since he took on the role in 1994, Kemin has more than quadrupled in size and ventured into new industries, technologies, and regions around the globe.

The Nelsons’ eldest daughter, Elizabeth “Libby” Nelson, joined Kemin as Vice President and General Counsel in 2001. Her leadership has been instrumental in protecting Kemin’s intellectual property and overseeing the company’s regulatory affairs, audit and environmental health and safety programs worldwide.

David Nelson, son of R.W. and Mary Nelson, has served on the Board of Advisors since 2014. A real estate developer, he operates a property management company in southern Indiana and northern Kentucky.

In 2017, the third generation of Nelson family members began taking on roles within Kemin. Kimberly Nelson, daughter of Dr. Chris Nelson, joined Kemin as a business development manager for the company’s venture into chemicals for garment processing, then served as President of Garmon Chemicals in San Marino, Italy. She now serves as General Manager of Kemin Nutrisurance.

Lucas Nelson, son of David Nelson, joined Kemin as an attorney in 2017. He was most recently promoted to the role of CEO of MedPharm, a national cannabis manufacturer and dispensary, owned by Dr. Chris Nelson.

Dan Ryan, son of R.W. and Mary Nelson’s youngest daughter, Molly, is a research associate in microbiology at Kemin. As a member of the Kemin Food Technologies – North America team, he is involved in the science that shapes how Kemin keeps food fresh.

When R.W. and Mary started their new business in 1961, they had five children under the age of seven, USD$10,000 in a savings account, two product lines R.W. manufactured in his family’s old wool barn and a family home that double as the company offices that Mary ran.

Using Science to Improve the Quality of Life since 1961

Kemin’s first products answered customers’ requests for specific ingredients. Since then, our scientific breakthroughs have addressed needs in human health, food safety and protection of the global food supply chain. As the reach of Kemin ingredients has expanded into animal health, nutraceuticals, pet food, food technologies, crop technologies, textiles, aquaculture, animal vaccines and bio-solutions, so has our commitment to improving the quality of life.

During the 1980s, Kemin took on a more structured approach to research and development. Led by Christopher E. Nelson, Ph.D., current President and CEO of Kemin, scientists were challenged to study molecules and understand their modes of action inside living organisms.

In 1995, Kemin innovated lutein, a carotenoid molecule from marigolds that the company had been selling into the animal feed industry for years, for human use. With the new, distinct innovations for other industries and products, it led to the establishment of Kemin’s first business unit, Human Nutrition and Health.

For more than 60 years, R.W. and Mary Nelson, along with Chris and Libby Nelson, have strategically guided Kemin’s growth worldwide.

Highlights of Kemin’s global expansion and scientific advancement include:

In 2017, Kemin invested more than USD $30 million to open a new worldwide headquarters building in Des Moines, Iowa, U.S.A. The facility is located near where the wool barn in which the company manufactured its first products once sat. Then in 2021, Kemin broke ground on a USD$4.5 million expansion of its headquarters campus and added solar panels to power its headquarters office

As a global company dedicated to its roots in the Des Moines community, Kemin employs more than 600 Des Moines-based team members. The family-owned-and-operated company is actively involved in community organizations through support, engagement and volunteer assistance.