In livestock and poultry production, inflammation reduces profitability and product quality and endangers the health of animals. Inflammation can occur in intensive, modern animal production systems. Controlling inflammation increases the likelihood of a positive ROI regarding feed conversion. As a result, commonly used antimicrobials in feed are now a proposed mode of action (MOA) to reduce instances of inflammation occurrence.1

Managing the triggers of inflammation can be realized with alternatives to antibiotics, but first, it's important to understand where and when inflammation occurs. Inflammation has many triggers and has become a common issue in livestock production in many countries. Common triggers can include:

Several of these starting points can also trigger each other (e.g., social stress prompting dysbiosis), which may result in a dangerous cycle of inflammation. Once inflammation exceeds normal levels, it becomes highly challenging for animals to revert back to normal levels.

The Mode of Action (MOA) for Antibiotic Growth Promoters

Several reasons have been suggested as the MOA for antibiotics.1

The resulting anti-inflammatory effects of the intestinal walls are a proposed mode of action for antibiotic growth promoters. Inflammation costs energy. Raising body temperature just one degree results in 13% energy loss. This is the first measurable sign of inflammation. In smaller animals like poultry, a small increase still comes with a significant energy expenditure and any energy use comes at the cost of feed conversion, which in turn affects the cost of production. 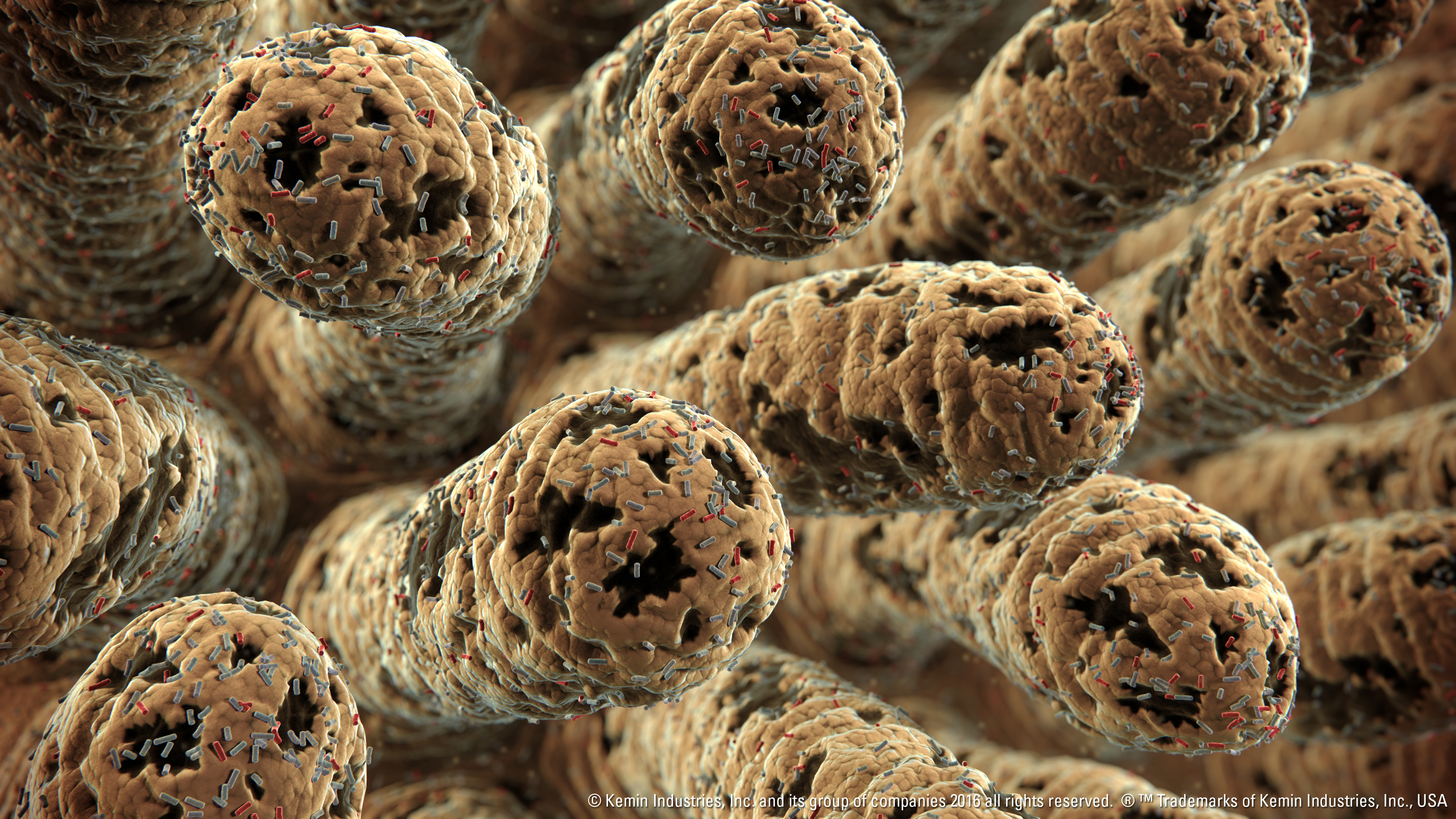 While the exact hierarchy is under serious debate in the scientific community, it is agreed that animals' bodies re-prioritize energy utilization, and growth is prioritized below the immune response. When animals experience a shortage of energy due to increased exertion from inflammation, they cannot reach their full genetic potential regarding growth, meat yield, milk yield or eggs.

Inflammation also creates weaker areas of the intestinal walls. This can be seen in necropsies with the naked eye in cases of severe dysbiosis. On a cellular level, the effects can range from improperly sealed tight junctions, over-reduced mucus, loss of gut structure (decreased villi length and crypt death) and even open lesions. These weakened areas can make it easier for pathogens such as Enterococcus cecorum or Campylobacter to translocate past the epithelial wall. While these infections are often present in broilers, they can become a severe problem when they translocate. Additional substances such as mycotoxins or contaminants tend to infect the animal at a higher rate when inflammation has weakened the structures.

The Characterization of Anti-Inflammatory Effects

Inflammation affects the health status of the animal, the production process and ultimately, the final product. Anti-inflammatory solutions have a positive impact on economics and health while targeting the exact cause of excessive inflammation. A few factors to consider include genetics, improving intestinal integrity, mycotoxin management and managing the microbiome to prevent dysbiosis. Organic acids, direct fed microbials and phytogenics have shown efficacy in controlling dysbiosis and inflammation in several studies.2,3 Inflammation can only be managed if several of the factors that trigger it are continuously monitored.