Mycotoxin Management: What Can We Do Now?

What can we do now?

Mycotoxins are toxic and/or carcinogenic molecules produced by growing fungi, specifically the various mold species which grow on plants. The word mycotoxin is derived from Greek and means fungus (myco-) poison (-toxin).1 Once mycotoxins are produced, either in the field or while crops are stored, the toxins are very difficult to manage and destroy. In animals or humans, mycotoxins can lead to deterioration of the liver and kidneys.2 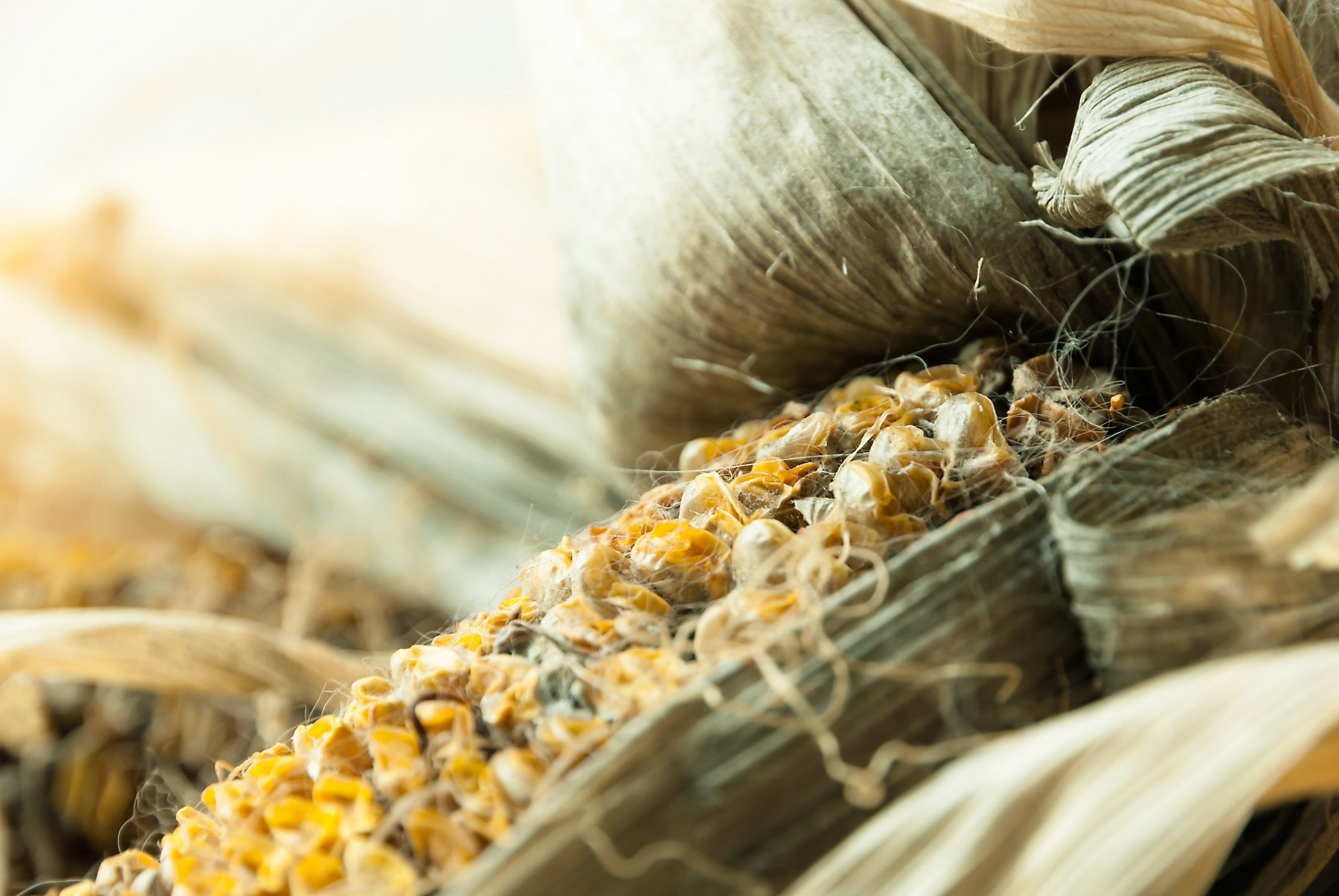 The toxigenic fungi involved in the human and animal food chains belong mainly to three genera: Aspergillus, Fusarium and Penicillium.3 Each of these molds can produce more than one toxin and some toxins are produced by more than one mold.

The bolded mycotoxins are the toxins generally recognized as having the biggest impact on livestock and poultry species. Much has been written about the impact each of these mycotoxins can have on health and performance.

One management consideration is to avoid forming more mycotoxins. Storage mold, just like field mold, can produce mycotoxins. Be sure to clean old corn from storage facilities before introducing new corn. Remove grain from the side of storage bins, clean out grain dust and sweep all flat surfaces to remove any source of mold spores. If the bin had moldy grain prior to the current load, use a spray disinfectant on all inside surfaces. The University of Nebraska-Lincoln Extension4 shares the following sanitation practice:

A second consideration is to get the corn dry as quickly as possible. For livestock and poultry producers buying corn in the spring, most corn arrives at well below 14% moisture. However, in the fall, corn with over 15% is common. The shelf-life of corn is about twice as long at 14% versus 15% moisture when at the same temperature.4 There are several guides available to help determine the air flow needs and moisture content based on relative humidity, but the easiest way to remove moisture from grain is with moving air. Solar radiation can cause moisture migration as the south sides of metal bins heat up on sunny days. Running aeration fans weekly can help remove moisture pockets created by daytime heating and nighttime cooling.

Once the mycotoxin is formed, what can producers do to minimize the impact on animal health and performance? A strategy used for many years is the idea of decontaminating the feed by sequestering the mycotoxin. This practice of removal or neutralization of mycotoxins is used by incorporating flow agents with demonstrated efficacy in controlled university and independent research.6,7 In-vitro  evaluation has shown the following classes of compounds have good efficacy at sequestering these metabolites2:

Livestock and poultry producers have several strategies they can employ to help reduce mycotoxin formation in stored grain. Once the mycotoxins are formed, options are limited, but scientific studies have shown efficacy from compounds demonstrated to sequester mycotoxins.