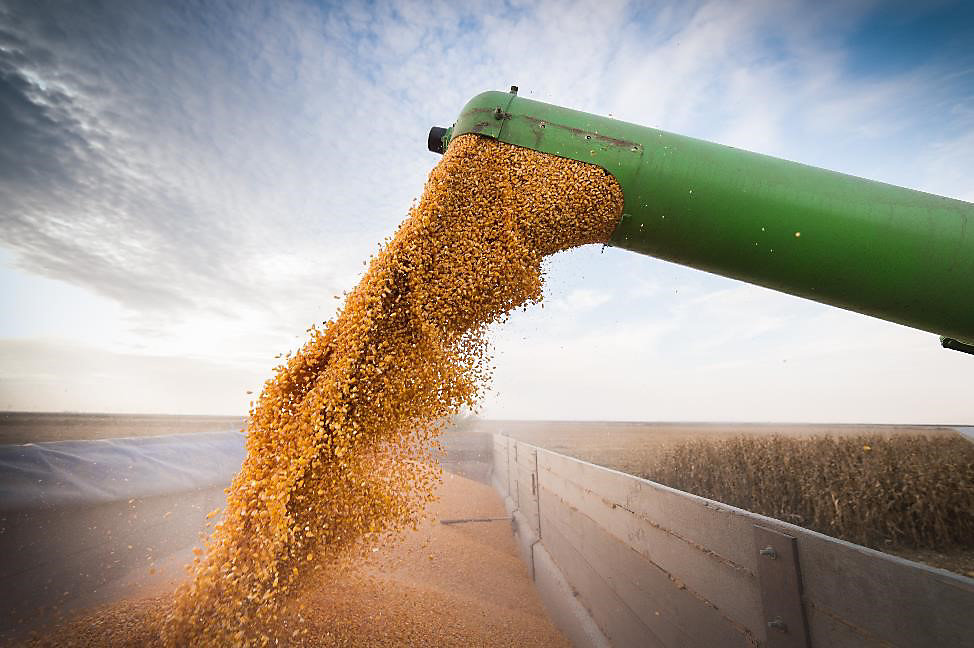 Before we can discuss mycotoxins, we need to define the term. Mycotoxins are a metabolite produced by mold. The word is derived from two Greek words: mykes meaning fungus or mold, and toxikon meaning poison.1,2 It’s important to remember that no two molds are alike. Not all mold produces a toxin, and some species of mold will produce several different mycotoxins. Because there are thousands of species of mold, there are also thousands of mycotoxins.

Aflatoxin – a group of chemicals produced by either of the mold species Aspergillus flavus or Aspergillus parasiticus. Aflatoxins are harmful or fatal to livestock and are considered carcinogenic (cancer-causing) to animals and humans.3 Because of the potential to cause cancer, the Canadian Food Inspection Agency (CFIA) established an “action level” of 20 parts per billion (ppb) for aflatoxin in corn.8 Death from aflatoxin is rare, but consumption of aflatoxin-contaminated grain reduces feed efficiency and reproductive performance. It can also impact the ability of the immune system to fight off infectious disease.

Fumonisin – like aflatoxin, this is also a group of chemicals produced by multiple mold species; Fusarium moniliforme (F. verticillioides), F. proliferatum and other Fusarium species.4 In horses, the condition leukoencephalomalacia is caused by contamination from fumonisin. In swine, grain contaminated with fumonisin can cause pulmonary edema. The United States Food and Drug Administration (FDA) issued a guidance document related to “recommended maximum levels for fumonisins in human food and animal feed.” Guidance levels in the complete diet range from 1 ppm in equids and rabbits to 50 ppm in poultry diets.

Zearalenone – under humid conditions, Fusarium graminearum mold can grow on wheat, corn and barley, and may produce zearalenone. Zearalenone, because it has a similar structure to estradiol, can act like estrogen in livestock. Estrogenism due to zearalenone was first clinically recognized as vulvovaginitis in prepubertal gilts fed moldy corn.5 In cattle, zearalenone concentrations of >10 parts per million (ppm) can negatively impact reproduction in heifers, while mature cows can tolerate levels up to 20 ppm.5 Poultry are much less susceptible to zearalenone contamination.

T-2 Toxin – this toxin is one of the trichothecenes, a large class of mycotoxins produced by mold in taxonomically unrelated genera, such as Fusarium, Myrothecium and Stachybotrys.6 T-2 Toxin can cause a wide range of issues in livestock and poultry including weight loss, decreases in blood cell and leukocyte count, reduction in plasma glucose and pathological changes in the liver and stomach.6 Poultry producers are most familiar with this toxin as it often associated with mouth lesions in broilers. Because T-2 Toxin is a trichothecene mycotoxin, it is often found in grain samples along with deoxynivalenol.

Deoxynivalenol – this toxin is also called DON or vomitoxin. It is called vomitoxin because DON can cause feed refusal in livestock and lead to vomiting. It is most often produced by the fungus Fusarium graminearum, which causes Fusarium head blight (FHB), or scab, of small grains.7 The CFIA has implemented advisory levels to promote safe food and feed. Current advisory levels for feed include 1 ppm for swine, young calves, & lactating dairy animals and 5 ppm for cattle and poultry.8

The bottom line is that as long as we feed grain, mycotoxins will continue to be a problem for livestock and poultry producers. Becoming aware of the major toxins, knowing the signs and symptoms of the toxins and learning the CFIA action, guidance and advisory levels is a good start to learning to deal with mycotoxins. Nearly every university extension service produces documents to help producers learn to prevent or minimize mycotoxin production. Reaching out to these professionals, your veterinarian or your nutritionist is a good place to start when combatting this perennial problem.