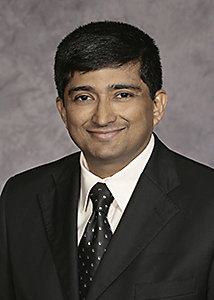 G. S. Ramesh is the Animal Nutrition and Health Group President for Kemin Industries Worldwide. He assumed his current role in 2017, and has been with Kemin for more than 15 years.

Ramesh has 32 years of experience in the human food, animal feed and food production industries. He served as president of Kemin Animal Nutrition and Health for India and Asia from 2002 to 2016. Prior to joining Kemin, Ramesh worked in the food industry in various positions, gaining knowledge and experience in operations, purchasing, research and development (R&D), marketing and management.

He began his career in operations at Kissan Products, a fruit and vegetable products processor in India that is a division of United Breweries. He then joined Hindustan Unilever, working in operations and R&D across several product categories, including bakery products, fruit beverages, hot and cold beverages (tea and coffee), culinary products and instant dry mixes (soups and drinks).

After working at Hindustan Unilever for eight years, Ramesh became part of the startup team of The Pillsbury Co. in India. He headed the R&D function for The Pillsbury Co. for over four years. During this time, he established an R&D center and team, rolled out the innovation funnel process and contributed to designing and building The Pillsbury Co.’s first flour mill in India. Ramesh’s team was responsible for launching several products, as well. One product, Pillsbury Whole Wheat Flour, became the number one brand in south, west and eastern India during its first three years post launch. Ramesh’s team also initiated The Pillsbury Co.’s bakery and food services business with the building of the company’s own facility in India.

Just before joining Kemin, Ramesh served as vice president of technical for Ballarpur Industries, which supplies processed food to major supermarket chains around the world.