Kemin Protects Your Barbecue Ingredients Every Step of the Way

Around the world, the grilling of meat (or meat substitutes) is a tradition that dates back since the beginning of time. Over the years, it became a way of getting together with friends and family. But of course, the products that appear on the dinner table need to be fresh and appealing. Also, food safety is of paramount importance. But Kemin protects barbecue gatherings every step of the way.

The word barbecue originates from the language of a Caribbean Indian tribe called the Taino. Their word for grilling on a raised grate is ‘barbacoa’. So, we must thank them for what has become the modern-day practice of barbecuing. Barbecues of the past were mostly celebratory, outdoors and involved a gathering of people. Some things never seem to change.

Under a sunlit sky or in the evening, especially during the spring and summer, but basically any time of year, it’s a great time to light the barbecue. Gathering with loved ones, accompanied by the smell and taste of food cooked over the grill, creates an atmosphere that adds up to some of the season’s best of times.

Especially nowadays, people have been cooking more at home. Furthermore, they have been going less frequently to the supermarket, hence want to have some additional stock in their fridge. For sure the COVID-19 pandemic changed shopping habits, diets, and purchasing decisions pose a challenge to the entire food industry. Consumers review the label information more often when going to the supermarket compared with food service or dining out. This has driven the increased demand for label-friendly ingredients.

And whether you realise it or not, Kemin is there, protecting your foods to the core.

It is widely accepted that consumers select a food product with their eyes, especially (processed) meat, or the increasingly popular substitutes such as veggie burgers or tofu. Especially for a barbecue, consumers want fresh and appealing products to grill. Therefore, products need to look fresh and tasty. This will influence the consumer’s decision whether to repurchase the products or not. On top of that, there’s the matter of food safety as meat products tend to oxidate and deteriorate relatively fast.

Synthetic antimicrobials and antioxidants have been preferred in the past because of their efficiency and lower cost in comparison with naturally derived ingredients. However, changing consumer demands, are compelling food manufacturers to explore other options that meet the requirements of extending shelf life with label-friendly alternatives. That’s where Kemin steps in with a range of recognisable, clear label solutions:

NaturCEASE™ Dry
All in one solution shelf life and food safety solution to protect meat products from spoilage bacteria and control oxidation.

While BBQ is a universal and timeless cooking technique that appears in many forms around the globe, it seems that everyone loves to accompany the meal with bread and a range of delicious sauces. Also, oil, marinades and spices are condiments that are often used during barbecuing. And of course, often there’s also a range of delicious vegetables part of the buffet, and dressings are used to bring them up to taste.

However, the major ingredients used in sauces and dressings generally consist of emulsified vegetable oils that are high in unsaturated and poly-unsaturated fats, which are particularly susceptible to oxidation. The main oxidative pathway is autoxidation, degradative effects caused by omnipresent oxygen in normal room temperature. Other significant oxidative processes include photo-oxidation caused by UV light, enzymatic oxidation brought on by the enzyme lipoxygenase, or irradiation by atmospheric ionizing radiation.

All these processes have a degradative effect on the emulsion, which will – in the prepared food product – lead to rancidity, off-notes in flavour, and eventual breakdown of the emulsion. The interface between the suspended oil and water droplets is particularly vulnerable to oxygen reactions.

You would think that dressings, which contain less fat, are also less prone to oxidation, but this is not the case. Low fat emulsions usually contain smaller fat droplets compared with full fat emulsions. However, because of the smaller droplet size, there is a bigger surface contact area with water and metal ions, and this causes a higher risk of oxidation.

Of course, Kemin has a solution to this problem:

We offer NaturFORT™, a blend of rosemary and green tea extracts that provides many advantages over single-ingredient antioxidant solutions. The combination of water- and oil-soluble ingredients gives a stronger protection of the entire food matrix. Due to milder, more balanced flavour characteristics of the blend, higher application rates can be used compared with single ingredients. The versatile combination is highly efficacious in numerous food applications such as meat and sauces.

How far we travel, bread is a food product literally every culture has in some form. Of course, it’s nice to have a piece of bread served at your barbecue. But because of its limited shelf life and relatively fast deterioration process it loses its sensory appeal rather quickly. Therefore, especially in the Western world, a lot of bread is tossed away in the trash. And when talking about spoilage of baked goods, we determine physical changes, chemical changes and microbial growth. That’s where we come in, looking for antimicrobials, mould inhibitors and shelf life solutions in the fascinating world of natural plant extracts and natural antioxidants.

We are proud to say that Kemin is the global leader in liquid and dry technology for antimicrobial food protection. SHIELD® Liquid or Dry will delay microbial spoilage because our formula affects all the base ingredients of the finished bakery product. SHIELD Liquid provides homogenous, even dispersion throughout the dough. Yet, for bread products, bakers prefer dry Ingredients because of convenience and user-friendliness of adding those to other dry premixes and ingredients.

Do you want to maintain fresh flavour, odour and appeal with label-friendly and efficacious ingredients? From the meats, through sauces and bread, with our extensive range of products, Kemin protects your barbecue gatherings every step of the way. 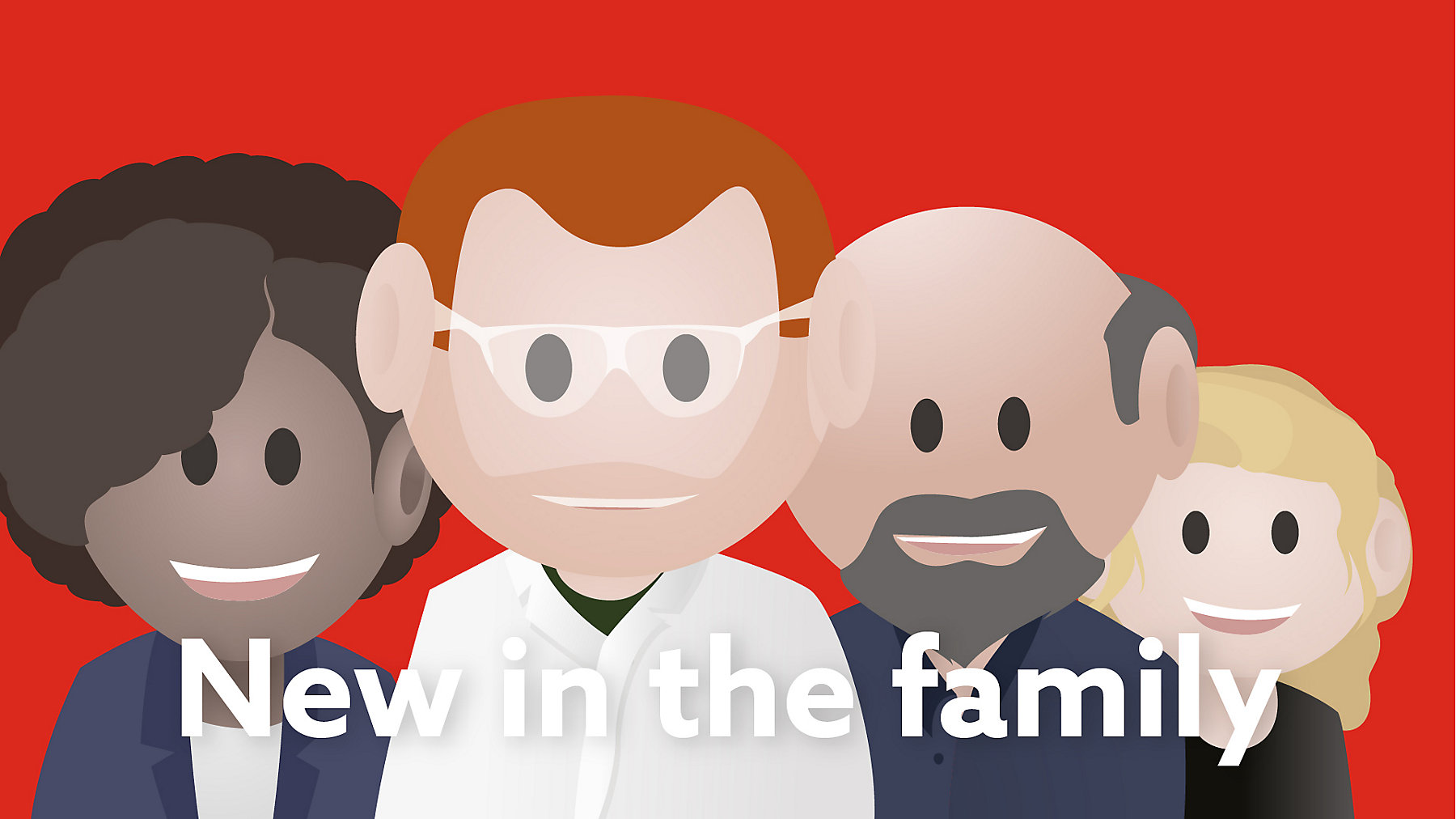 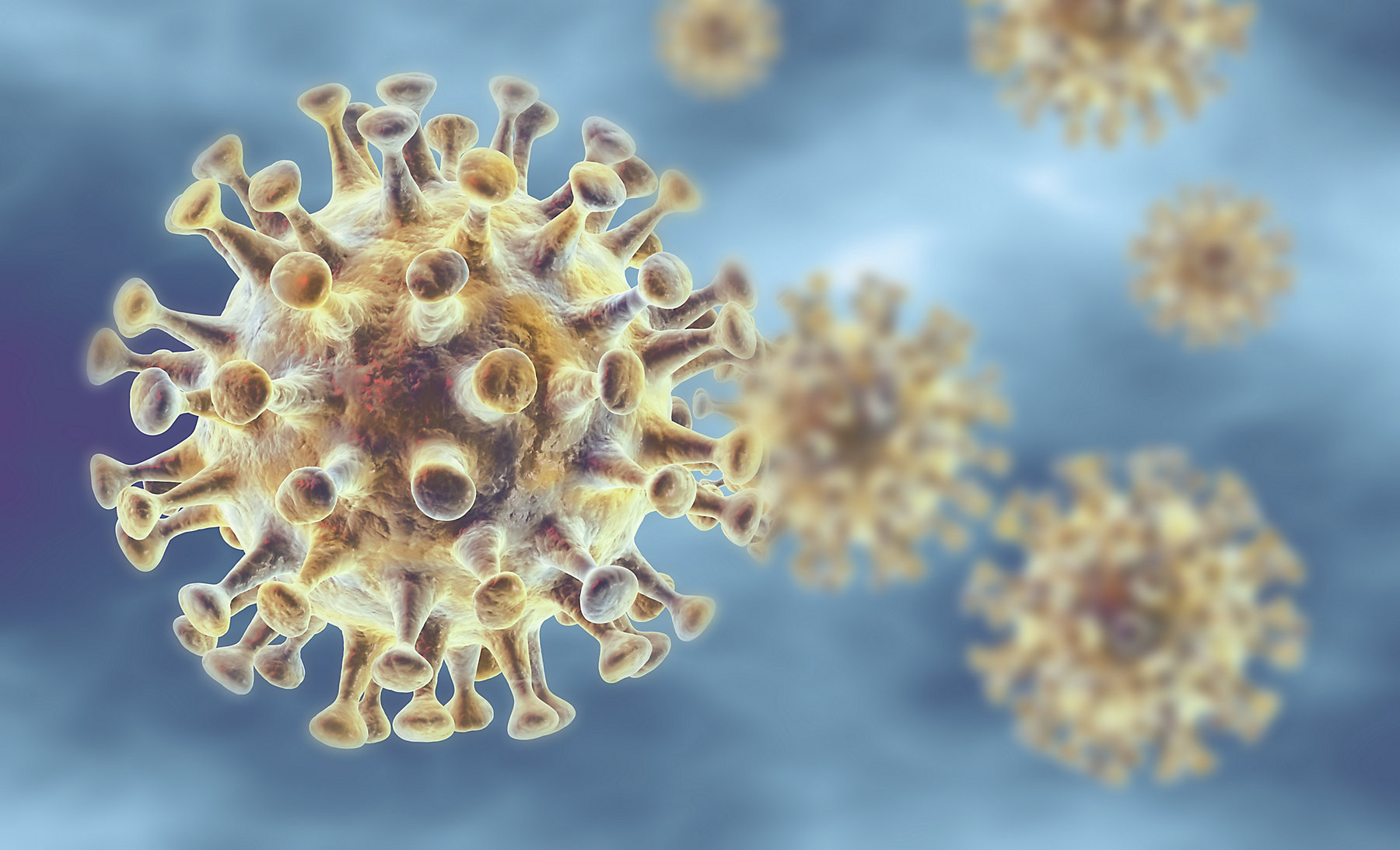 At your service during Covid-19 - a vlog from our team 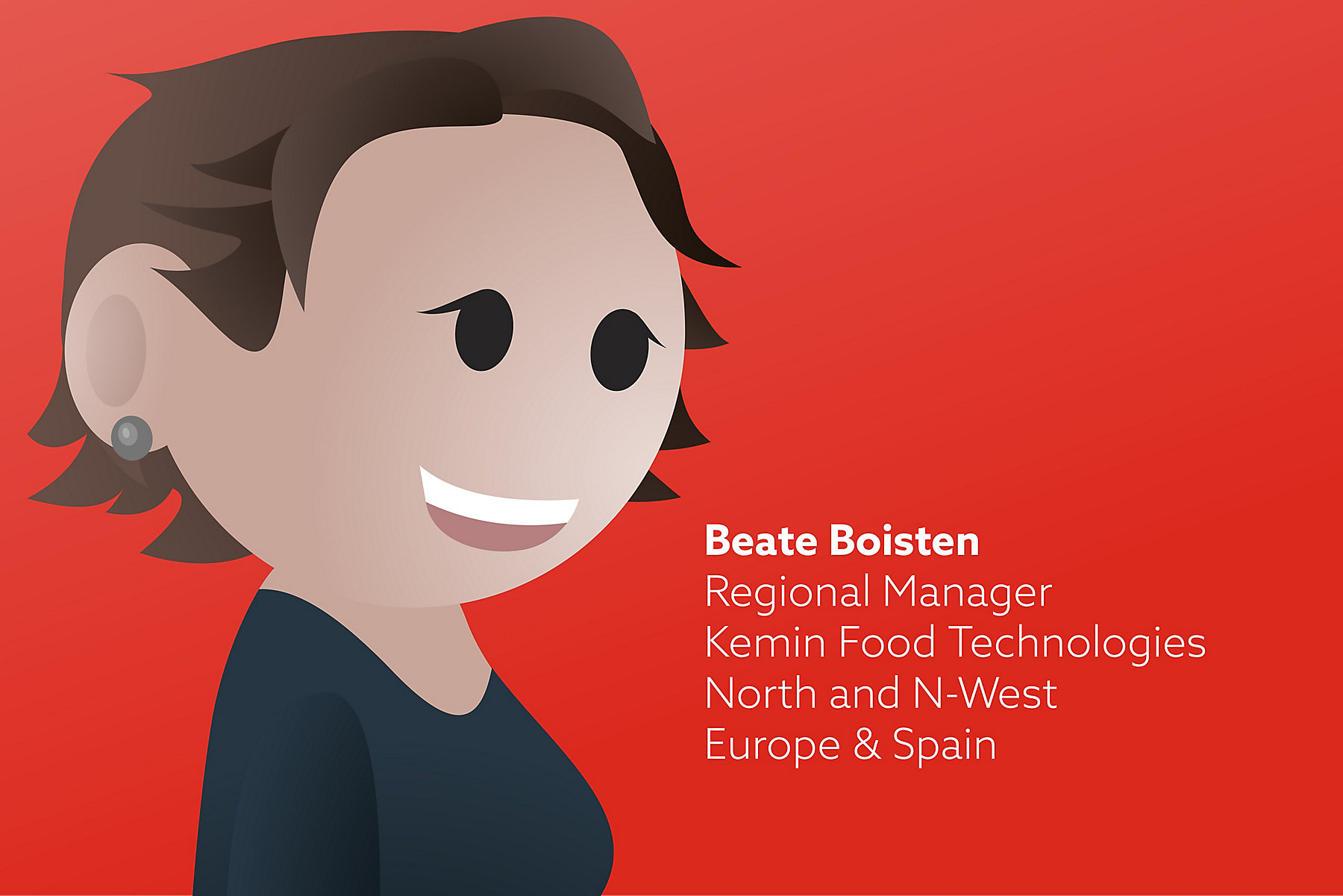 Employee in the spotlight: Beate Boisten 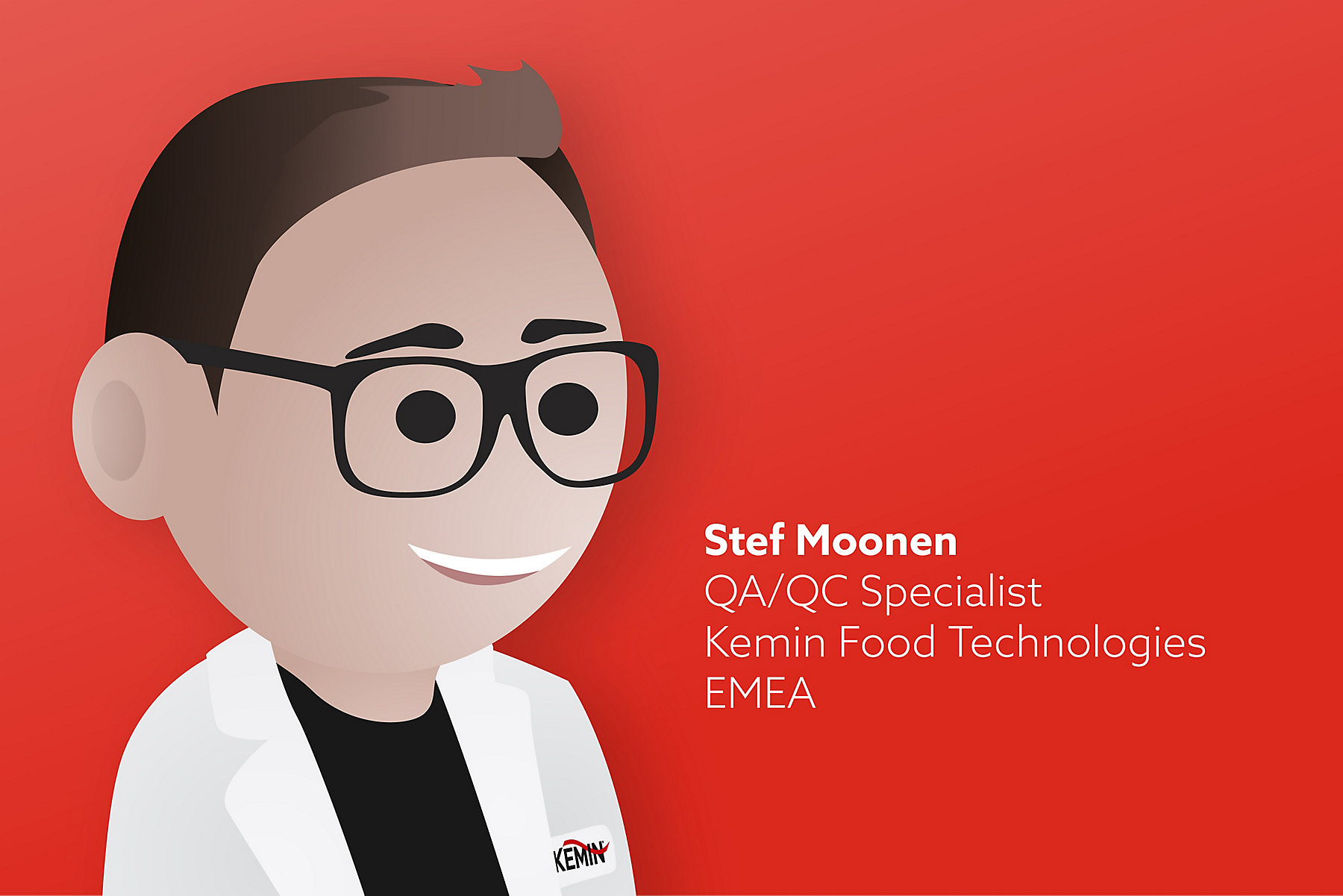